The gym will be closed for tumbling classes Dec 23 through Dec 26 and Dec 30 through Jan 1.

Regular tumbling classes will run Dec 27,28,and 29.  If you attend class on the day the gym is closed please email Dana to make up during one of those days the gym is open.

We are also excited to offer some Holiday Camps, Each class is 60 minutes and cost is $10.  Please register in Gems under Holiday Camps!

Register for clinics on GEMS! Open gym is Cash Only. For your first class, please bring a signed 2022 - 2023 Liability Form. 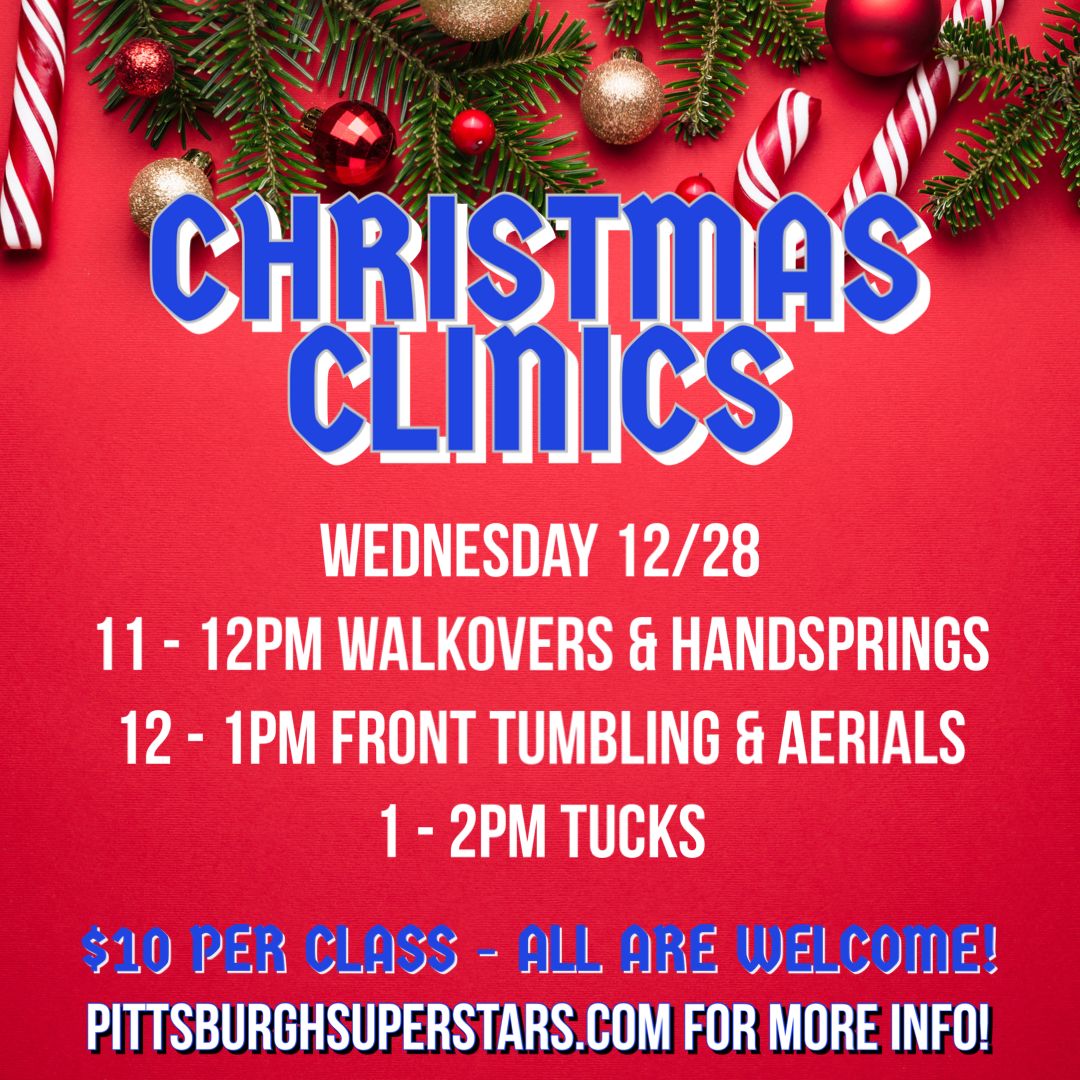 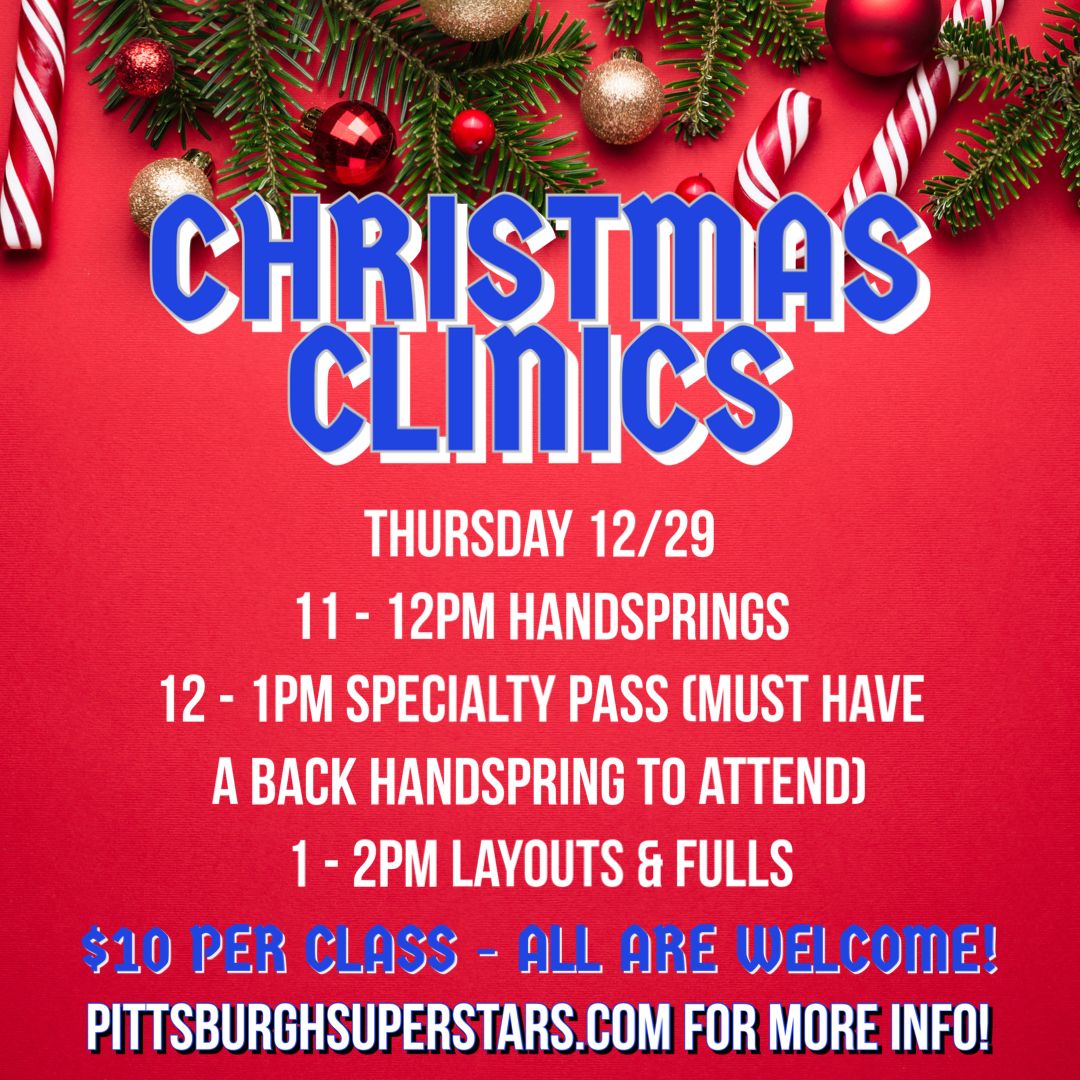 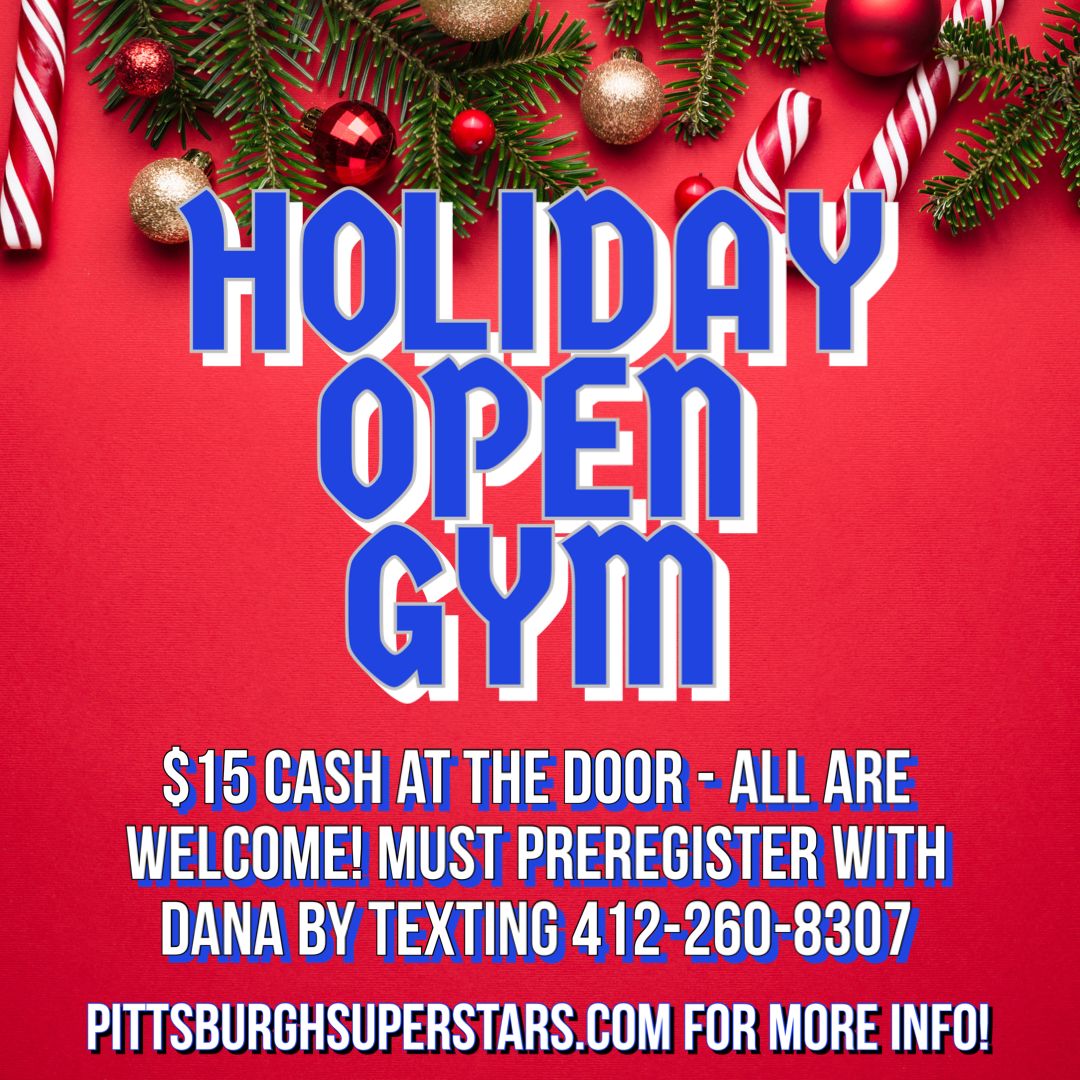 Walkovers and Handsprings 11am to 12

Specialty Passes 12pm to 1  (must have a handspring)

Please email dana@pittsburghsuperstars.com with any questions!

Congratulations, Aimee for being chosen the Inside Cheerleading Magazine and CheerXm.com Coach of the Month for January! More information can be found at www.cheerxm1.com/cotm.cfm


Congratulations, Coach Becky Troppman and Coach Melanie Miller for receiving the Pittsburgh Advocacy and Awareness Award for their work with the Shining Stars. This award is being presented at the Annual Community Heroes Awards Dinner on Wednesday, October 19, 2011 at the Westin Convention Center Pittsburgh, hosted by Andrew Stockey of WTAE Channel 4.

The Advocacy and Awareness Award is given to organizations and individuals who promote the abilities of people with special needs. Becky and Mel were nominated last season for this special award from the Shining Stars families.

For the first time ever, USASF followed a few athletes on their journey to Worlds. We are proud that our very own Superstar, Natalie Cunningham, was one of those athletes!

You can see Natalie's story below and watch Natalie on her Road to Worlds. 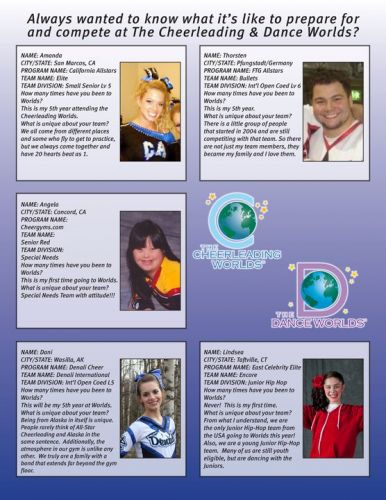 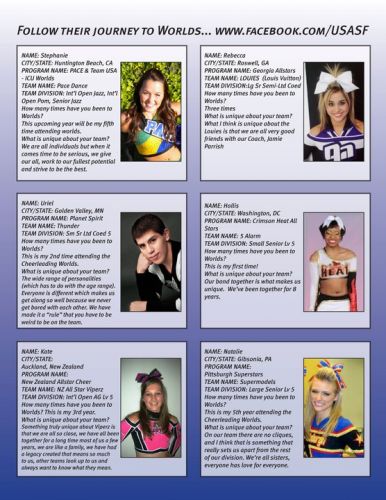 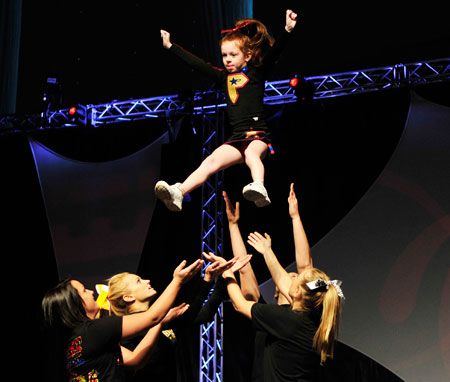 Pittsburgh Superstars Shining Stars was one of 5 Special-Needs Cheerleading teams featured in an article recently published in the Pittsburgh Tribune-Review. Below are excerpts from the story. You can read the complete article at http://www.pittsburghlive.com/x/pittsburghtrib/news/pittsburgh/s_725226.html.

Pictured in the photo is Chloe Wiseman.

Born 10 years ago at a gym in Lexington, Ky., special-needs cheerleading has spread across the nation. Our very own Shining Stars are one of five special needs teams in this area.

Teams fall under the jurisdiction of the U.S. All-Star Federation, which oversees cheerleading teams not affiliated with schools or athletic associations.Children as young as 4 participate, as do adults. Nearly 40 people compete on special-needs teams in the Pittsburgh area. With assistance, many tumble and perform typical cheerleading routines.

Special-needs cheerleaders who are not able to tumble or fly find other ways to perform.

Presson helped develop special-needs cheerleading as coach of the Kentucky Elite cheerleading team in 2001. He is surprised by its growth during the past decade.

"I thought it would be like the Special Olympics, where you hold it for about a week and then it's over," he said. "It's become more of a year-round thing." Presson of Birmingham, Ala., said the concept started in routine fashion.

"A parent attending a meeting (of the Kentucky Elite) brought it up and thought it would be a good idea," Presson said. "We introduced it. It became really popular after a lot of people saw it at Cheersport (Nationals) in 2002."

In 2009, Pittsburgh Superstars was the first gym in Pennsylvania to have three cheer teams qualify and participate in the USASF Worlds Cheerleading and Dance competition! We are very proud to have repeated the accomplishment of taking 3 teams again this year to the 2010 competition. Our two cheer teams finished in the top ten in their divisions and our dance team finished in the top 20. 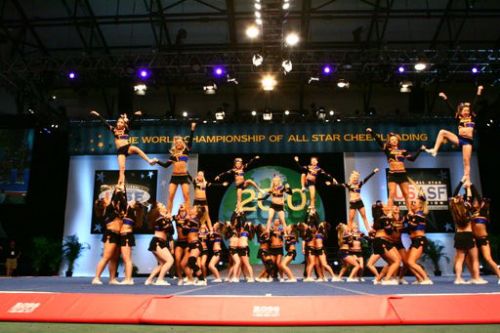 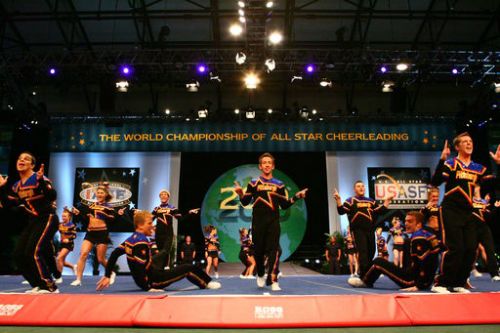 Congratulations to our Superstar 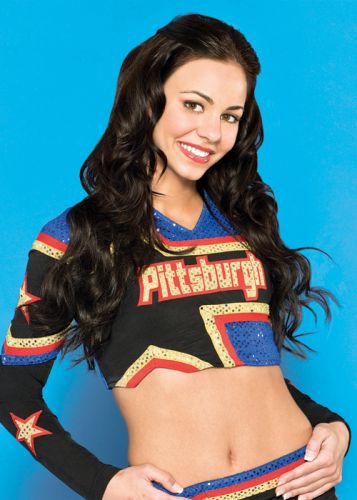 who is featured on the cover of the February edition of American Cheerleader Magazine!

Johnna is a cheerleader on our International Open Coed Team and also cheers for West Virginia University.  We're very proud of you, Johnna!

"Although the WVU team doesn’t compete, Johnna was able to satisfy that side of her by joining the Pittsburgh Superstars Open team, which lead her to attend The Cheerleading Worlds for the first time in 2009, where her team placed seventh. “I love being back in the gym and preparing for competition. I guess I’ll never get rid of my competitive nature,” she says." 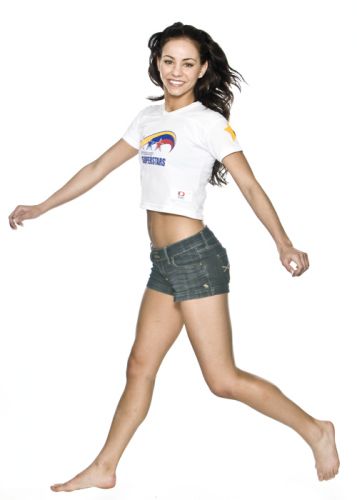 " AC: How and when did you get involved with Pittsburgh Superstars’ Open team?

Johnna: When I knew I was moving back to my hometown, I also knew that I wanted to continue competitive cheerleading. Some of my old cheerleading friends told me about Pittsburgh’s Open team and it sounded perfect. I returned from Hawaii in July 2008 and went to my first Pittsburgh All-Star practice the first week I was back on the mainland. I love cheering on the Open team because I get to train with so many experienced and talented cheerleaders. We have cheerleaders from four universities on our team. I also love being the oldest team at the gym, because the younger athletes look up to us, which is a great feeling."

You can read the entire article here.  Click on the Photos tab to the left for more great pictures of Johnna.

The following is the conclusion of a very successful season for all Pittsburgh Superstars Cheer and Dance teams. As the first gym in Pennsylvania to have three teams qualify and participate in the USASF Worlds Cheerleading and Dance competition, we are very proud to announce the results of those teams:

Two out of the three teams finished in the top ten of their divisions. Congratulations to all athletes and families for a perfect season!